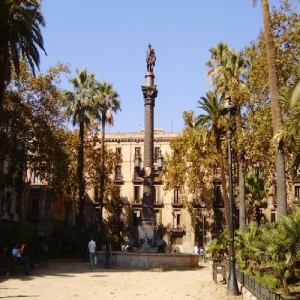 Barcelona today is one of the world's leading tourist , economic exhibitions and cultural sports centres but it was less than 100 years agfo that this city was brought to its knees.The aftermath of the Spanish civil war left a lot of it destroyed and its indentity crushed .

Since then Spain has reverted to a democtatic nation , Catalonia ,of which Barcelona is the Capital , an autonomous state and the city is a major cultural and economic centre in southwestern Europe.

Students love Barcelona. It is vibrant, laid back and beautiful.

Barcelona’s cultural heritage stretches back over 2000 years and today the city is an absolute treasure trove for art and design students. Gaudi, Dali, Miro and Picasso have all left a lasting influence on the skyline, the streets and to the hearts and minds of visitors and inhabitants alike. Although, perhaps, the closest thing to the hearts of its modern inhabitants is the city’s football club and stadium. The Nou Camp, home to Barcelona FC, is internationally renowned as a temple of football, and a visit is always popular to students and teachers alike

To tailor your perfect Barcelona school trip just get in touch.

Students love Barcelona - an ideal destination at all times of the year due to its warm Mediterranean climate.

Students love Barcelona. It is lively, vibrant, laid back and beautiful - and it even comes with its own beach!