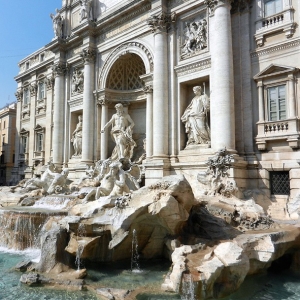 All roads lead to Rome they say. Certainly, all journeys to the roots of Western Civilization lead back to this remarkable city on the banks of the River Tiber.

The name Rome is said to come from one of the most famous of Roman myths, the story of Romulus and Remus, the twins banished at birth by their Great Uncle who had seized power and abandoned them to die at in the River Tiber. They are saved and suckled by a she-wolf and later brought up to manhood by a shepherd. Romulus and Remus become great leaders and eventually Romulus kills Remus, founds a city and names it after himself, Rome.

A simple walk through the streets of The Eternal City can reveal the layers of history, architectural wonders and Christian artefacts. The city both hosts the Mother Church of the Roman Catholic religion , the Archbasilica St John Lateran and the greatest of all churches in Christiandom, St Peter’s Basilica.

The Coliseum is one of the most visited places in the world and in the nearby Fora Romano lies the spot where the Emperor Julius Caesar’s body was burned after being brutally murdered in the Senate building. For students who love romance there are the Spanish steps, Trevi Fountain and Piazza Navona.

To tailor your perfect Rome school trip just get in touch.

Rome, capital of the longest lasting Empire in human history, is today a city dominated by Christianity

Of Venice, an anonymous Frenchman of the 17th century is said to have remarked that “In every home, someone is playing a musical instrument or singing. There is music everywhere.”