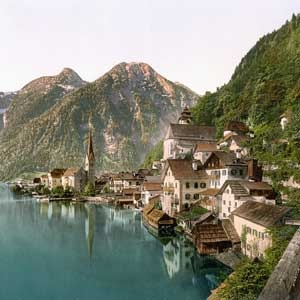 Austria had been a powerhouse of European history with the establishment of the Hapsburg dynasty in 1276 up until their downfall in 1918. Through their patronage, for over 300 years Austria and Vienna in particular, became a leading musical centre attracting great composers from all over Europe as well as producing their very own.

Beethoven, Brahms, Mahler and Haydn all lived, worked and are buried in Vienna with Salzburg the home of Wolfgang Amadeus Mozart. In the 20th century Salzburg played centre stage to the film ' Sound of Music '. Music is certainly at the core of this great country and our tours aim to reflect this.

Choirs can perform at Salzburg cathedral, the lakeside Church of Mondsee (where the wedding scene was filmed in 'the Sound of Music') and enjoy the beautiful scenery of the Salzammergut area of Austria or choose to centre themselves in Vienna with The Church of St Peters and the dominant cathedral of St Stephens part of the programme.

To tailor your perfect Austria school trip just get in touch.

For over 300 years, Vienna was the leading musical centre of Europe. Mozart, Hayden, Beethoven, Brahms and Mahler all lived and worked here.