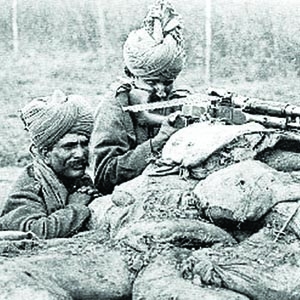 One of our First World War School Trips

The First World War often conjures the image of Kitchener’s face and finger commanding enthusiastic young British men to sign up and the subsequent horror of pals going over the top together. Yet this image overlooks the wider contribution of other Allied troops to the war effort. For Britain in 1914 was still the centre of the largest Empire in the World, and soldiers and workers from every corner of Britain’s dominions made their way to the fields of Flanders and the Somme to take part in the conflict.

This tour visits some of the key sites and locations associated with those men and women, troops and labourers who also served on the Western Front, from what are now today mostly Commonwealth countries.

Day 1 Drive to Ypres via your choice of Channel crossing, the memorial to Sikh soldiers in Hollebeke, Last Post ceremony at the Menin Gate

Day 2 The German cemetary of Langemark, In Flanders Field Museum, the Ireland Peace Park, the Indian and Portuguese Memorials at Neuve Chappelle

Day 3 The Somme, including the Canadian Newfoundland Park, Thiepval, the Ulster Tower, the Australian memorial & the South African Memorial, park and museum at Delville Wood