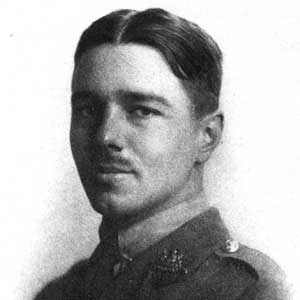 One of our First World War School Trips

The First World War saw a sea change in the emotional life of the British people, both during the period 1914-1918 and in the wider aftermath of the war, reflected in the prose and poetry of the men and women who fought it.

The names of Owen, Sassoon, Graves, & McCrae stand preeminent amongst those that put pen to paper in trenches and hospitals; their works undoubtedly regarded as being amongst the most poignant and affecting of all the poetry to come out of the war. As we enter the centenary years, it is likely that some of lesser known poets will again be brought to the fore – people like the working class Jewish poet, Isaac Rosenberg; Roland Leighton, fiancé of Vera Brittain and immortalised in her book Testament of Youth; and William Noel Hodgson, killed on the first day of the battle of the Somme. And of course, the influence of the war lives on in more recent work such as Michael Morpurgo’s Private Peaceful and Sebastian Faulks’ Birdsong.

The tour outlined here visits those sites most closely associated with Wilfrid Owen, whose poems are found on both GCSE and AS-level syllabuses, but of course can be adjusted to include topics, locations and poets or writers of your choosing.