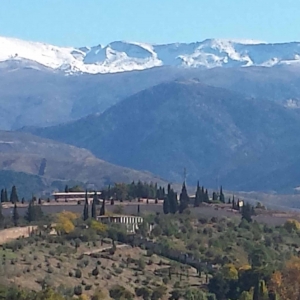 One of our Modern Languages School Trips

The name Andalucia is said to come from the Arabic name Al-Andalus given to the part of Spain conquered by the Moors in the 8th Century. Re-conquest by the Christian kings was a slow process and not completed until 1492 under the Spanish Crown of Ferdinand and Isobel. In that same year Christopher Columbus set sail from Palos de la Frontera in Andalucia to discover the ' New World ' and Spain's Golden age began. It was also here that General Franco's nationalist army began the overthrow of the Spanish Republicna government in the civil war of 1936-1939. The present day Andalucia has since regained it's own national identity underneath that of Spain's after Franco's Death anmd the re-introduction of a democratic government.

Day 1 Outward flight to Malaga, transfer to Granada, introductory tour of the city.
Day 2 The Alhambra Palace & Gardens, the tomb of Isobel and Ferdinand and central Granada
Day 3 Leave Granada for Seville with an en route visit to the historic city of Cordoba.
Day 4 The Alcazar palace, Seville Cathedral and ascent of La Gironda
Day 5 Return transfer to Malaga and return flight to UK